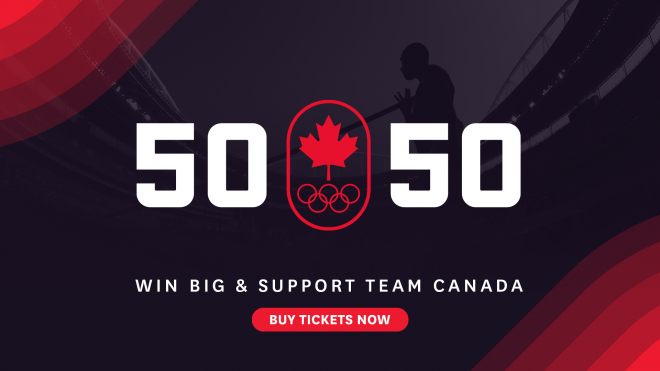 Team Canada 50/50 is open to the public. All participants must be over 18 years of age and physically located in the Province of Manitoba to buy a ticket. All ticket sales are final. Employees & Board Members of the Canadian Olympic Committee & Canadian Olympic Foundation, and those residing in their respective households, are not permitted to play. For more information about the Team Canada 50/50, please see the Official Rules of Play. License # LGCA 5697-RF-35849. License held by Canadian Olympic Foundation (Charitable Registration No. 817729346RR0001).