You are here: Home > Latest winners in the Princess Margaret Hospital Lottery 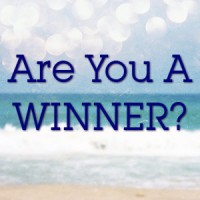 TORONTO, Ontario, October 11, 2019 — The Princess Margaret Cancer Foundation announced in early September announced the ten Loyalty prize winners in their Fall 2019 home lottery. Each winner is to receive a travel package worth $5,100 — according the description on the lottery website — which includes a 4 night stay for two adults at the ARIA Hotel located in the heart of the Las Vegas Strip, as well as a Grand Canyon Skywalk Express Helicopter Ride. And the winners are:

On October 2, 2019, the Foundation announced the lucky winner of the VIP prize — a pair of regular season and playoffs tickets for the Leafs, Raptors, Toronto FC and Argonauts; plus $10,000 — and that winner is Annette Deluca, of Burlington, with ticket#174840.

The Bonus draw will take place October 22, 2019, and we’ll have the news on who the winner is soon after that.