You are here: Home > Ontario Lotteries

One of the options in the London Dream Lottery

LONDON, ON, March 23, 2012 — In the London Dream Lottery, they are featuring a stunning show home in Upper Richmond Village built by award-winning Bridlewood Homes. 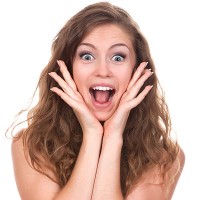 You’ll flip for the winnings

ONTARIO, March 21, 2012 — The Ontario Heart & Stroke Foundation has come up with yet another interesting spin on their lotteries, by launching the Ultimate 25’s Lottery.

OTTAWA, ON, March 19, 2012 — The annual spring lottery in support of The Ottawa Hospital and CHEO has a brand new name and an exciting new prize format.

ONTARIO, March 15, 2012 — The Heart and Stroke Lottery website now has their complete list of winners available for searching.

ONTARIO, March 14, 2012 — Home Lottery News inquired last week about name of the VIP draw winner for the 2012 Daffodil Daily Lottery, and we’re happy to say that  we received the name and permission to publish.

LONDON, ON, March 13, 2012 — Everyone’s been talking about it and if you haven’t had the chance to come out and see the Dream Lottery homes yet, not to worry because you can now TOUR both the London and Grand Bend homes online.

Drive Away in Uncompromising Luxury!

The Red Cross Lottery is back!

ONTARIO, March 7, 2012 — Order your tickets before the VIP Cutoff of midnight, April 26 and you’ll be eligible for every Red Cross Lottery Draw.

The Home Lottery News is a a public service provided by Infinite Gravity Digital Media Ltd. The Home Lottery News serves our readers relevant and timely information about charitable fund-raising lotteries and other events. We are an independent news service and we do not claim any affiliation with any of the organizations that we report news about.
If you need help writing press releases for your lottery or raffle, contact us. Not only can we help with your marketing but we can help you advertise to our subscribers as well.